How to kick-start your work week 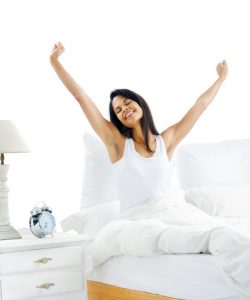 We all know that success in life depends on a combination of hard work and talent. There’s also no denying the “luck” factor – being in the right place at the right time and meeting the right people. That said, there isn’t a “secret” to that kind of luck. It’s about doing things that put you in a position for that luck to happen.

We found ten things that successful people do at the start of their work weeks. Try them out, and you might find yourself having better luck as well.

You can’t have a great Monday morning if you had a lousy weekend. Work is obviously important if you want to be successful, but there’s always something that can wait until Monday. Weekends are a time for yourself, to unwind, to relax and to think. In fact, many people do their best thinking during leisure time, because you’re free from other work distractions and can think abstractly. Whether you spend your weekends still working or raging into the wee hours, it’s time to dial it back and give yourself time to reset.

Laura Vanderkam, author of What the Most Successful People Do Before Breakfast – Plan your week

Most people spend Monday morning wishing it weren’t Monday morning. Successful people are not most people. Successful people are busy people, and if you aspire to success, chances are you’re already busy. At the start of the work week, take time to plan out maybe six to eight priorities for that week, and schedule them. That obviously leaves a lot of room, but if you were to accomplish each priority, you’d still be having a great week.

Vittorio Colao, Vodaphone – Get up early

Exactly how early depends on what your body can handle, and there’s no denying that the only way to get more time out of your day is to take it by force. Vittorio Colao claims to start his day at 6 AM, do you? However early your job and commute necessitates waking up, you can always strive to get out of bed a little earlier. What you do with your newfound time is up to you — you could get right to work, or you could use the time for something personal and worthwhile, like working out, eating a real breakfast, etc.

I can tell you from personal experience that e-mails will absolutely dominate your life if you can’t manage your inbox. If you fall behind, important messages can get lost in the pile — and that can have real consequences. After a weekend of (hopefully) staying away from their phones and computers, successful people know that their inboxes will be full to the hilt. The earlier you can get in there and clear things out — and respond to important ones, of course — the more time you’ll have for actual productive work later in the day.

While it’s true that e-mails can get backlogged, consider that the early part of your day on Monday might be the only time during the week where you can accomplish singular, focused work. As time and the week drags on, you’ll be pulled in increasingly divergent directions, including email. Spending your first couple of hours on Monday answering emails might mean squandering valuable time that could be spent tackling priorities.

No one likes having to commute — that’s a given. Whether you drive or use public transportation, just thinking of your Monday commute is enough to make you wish you could work from home every day. But, it doesn’t have to be a bad thing. Even if you’re stuck in a crowded train car, it’s still a place where no one — neither family nor co-workers — is competing for your attention. If you don’t have to drive, it’s a great opportunity for catching up on those emails. If you do, it’s still a quiet time that can be spent planning your week or staying informed through the radio.

Tony Robbins, countless other self help gurus – Be grateful

It’s pretty easy to be in a crappy mood on Monday. After all, you just had 48 hours to yourself, and now it’s back to the grind. Well, don’t be. Successful people constantly remind themselves to be happy for what they have and what they’ve achieved. Even if you’re not a CEO or a successful author or whatever it is to which you aspire, chances are you’ve had some good fortune thus far in your career. If anything, be thankful that you at least have a career — plenty of people aren’t so lucky.

Even if you work out regularly, you might shy away from Monday mornings because you feel as though you have too much to do — and that’s exactly why you should work out. Working out early — along with the de facto physical benefits — sets the tone for the day and the entire week that follows.

It’s a way of making yourself a priority when you otherwise wouldn’t. Plus, you’ll have a clear head and the accompanying endorphin rush, which always helps make otherwise dreadful Monday mornings cheerier. Both current POTUS Barack Obama and former POTUS George W. Bush are fans of early morning workouts, so the benefits of exercise are clearly a bipartisan affair.

If you eat a frog first thing in the morning, you’ll have it behind you for the rest of the day. Of course, he’s referring to tackling the toughest tasks first. That’s especially important on Mondays because if you don’t, you’ll have it hanging over your head all day, all week, or whenever you finally get around to it. That sense of dread can really affect your performance. Make a to-do list, and put the least savoury tasks at the top — you’ll feel a lot better.

Alexandra Levit, author of Blind Spots: The 10 Business Myths You Can’t Afford to Believe on Your New Path to Success – Start with a clean desk

Sometimes, the simplest things can have a big impact. A lot of creative types will lament excessive organisation or order, but the fact is you can’t expect to get anything done — creative or otherwise — in a cluttered space. On Fridays, take the extra five minutes to clean up your space before clocking out. It will set the tone on Monday, and provide one less thing to worry about at the start of the week. Trust me, if you’re fervently climbing the ladder to success, by the end of the week your desk will get plenty messy on its own.