The 10 Worst Communication Mistakes For Your Career 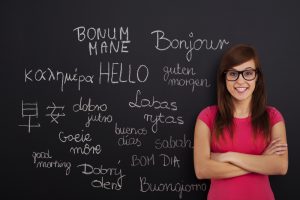 How do you signal to the world you’re leadership material?

According to a new year-long study of over 4,000 college-educated professionals and 268 senior executives, you must be viewed as a leader in order to get promoted into top jobs. That takes executives presence, which is defined as having gravitas, excellent communication skills and a polished appearance.

These skills are required, but that doesn’t mean you rack up bonus points for having them. Instead, you get demerits for your mistakes, as superiors silently cross you off their good lists. So what are the pitfalls to avoid? The study uncovered the 10 worst communication mistakes that will instantly derail your promotion hopes.

Of executives surveyed, 72% said racially biased comments are a major blunder for men and 70% said the same for women. This is the top offense for good reason. These remarks easily offend or insult, reflect poor judgment and reveal low emotional intelligence, according to the researchers.

This second worst communication mistake is similar to the first. Telling inappropriate jokes makes people uncomfortable, revealing an inability to properly read the audience and environment. On the flip side, 61% of executives believe being able to sense the mood of others and effectively adjust your language, tone and content is one of the top skills required to advance.

Rightly or wrongly,workplace tears do not communicate leadership potential—especially if you’re a man. While 59% of executives say crying makes a woman look bad, 63% believe it’s a top mistake for men. “You have to be able to control your emotions,” a male banking executive told researchers.

Executives say it’s important for leaders to portray gravitas, worldliness and intellectual horsepower. Thus, sounding uneducated will immediately undermine your chances of ascension. One IT manager told the researchers, “I’ve been with bosses who look like they would be competent, and then they blow it when they open their mouths and sound like complete buffoons.”

Cursing is a gender-neutral faux pas. It’s generally considered unprofessional and unfitting of a leader. Interestingly, it’s also a major mistake online, which in itself is a communication minefield. Those polled said the top three online communications blunders are posting unflattering messages about colleagues, posting unprofessional photos and being too personal.

Even though some believe flirting can be a currency in the office, nearly half of executives say it will undercut your professional reputation, regardless of whether you’re a man or woman. Flirting–the subtle suggestion of the possibility, but not the probability, of something sexual occurring between two individuals–can easily be taken the wrong way.

Not only is this off-putting, it’s distracting. The study researchers found that fidgeting in general detracts from your executive presence. Fiddling with your clothes or mobile devices in meetings makes you appear ill at ease or as if you’re not paying attention.

Body language experts say avoiding eye contact makes it seem like you might be lying or have something to hide. If you’re in a meeting, it may also give the impression that you’re uninterested. On the other hand, looking people in the eyes makes them feel like you’re listening.

If you can’t keep your message succinct and coherent, you won’t appear in control. You also weaken the power and impact of the points you’re trying to make. You have to get the power of silence. People like to fill spaces with chatter. But if you leave spaces around your important thoughts, you give weight and gravitas to what you say.

No. 10: Giggling Too Much and Speaking Shrilly

Leaders say that giggling or laughing too much is a top communication blunder for women, and speaking shrilly is a top problem for men. Appropriate laughter and tone of voice are major indicators of gravitas. Researchers discovered that the high-pitched shrill voice comes off as overly emotive and causes other to tune out.