Is your slogan achieving the intended effect? 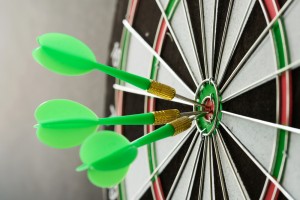 Brand names, logos, and slogans are integral parts of any company’s marketing message. All have the same aim: to make consumers react positively to a product or a business. Our research shows, however, that many slogans backfire—for example, causing consumers to spend money when they’re told they can save, or vice versa.

In five studies of several hundred undergraduates each, in which computers were used to simulate shopping behaviour, we found that consumers typically follow the prompt of a brand name or a logo.

But when it came to slogans, the same participants exhibited the opposite of the desired behaviour. After reading a slogan meant to incite spending (“Luxury, you deserve it”), they decided to spend 26% less than after reading a neutral slogan (“Time is what you make of it”). When a slogan invited them to save (“Dress for less”), they decided to spend—an additional 29%, on average. The slogans had a “reverse priming” effect. In many cases, then, brands and slogans work at cross-purposes.

What makes slogans so different? Our studies suggest that reverse priming occurs because consumers recognise that slogans deliberately attempt to persuade them, whereas (in their perception) brands do not. The recognition may not be conscious: We found that consumers automatically resisted a slogan’s message.

There’s actually good news here for marketers, who need not simply abandon slogans for fear of adverse reactions. Slogans can exert a positive influence, we believe, if the consumer is led to focus on something other than the effort to persuade. To test this theory, we asked one group of participants to rate a set of slogans on the basis of intent to persuade, while a second group rated them on creativity. The group that evaluated creativity decided to spend 58% more than the other group. Of course, getting consumers to focus on creativity instead of persuasion may be easier in a lab setting than in real-world marketing.

More research is needed to understand why consumers perceive certain tactics as efforts to persuade. In the meantime, marketers should keep in mind that messages seen even subconsciously as manipulative can cause significant backlash.