How to impress your boss 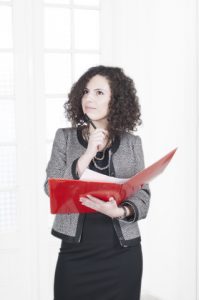 The ability to impress your boss is a major determining factor in your success, as well as your happiness and productivity at work. Whether you get along with your boss or not, you need to show them you’re capable of greatness.

We looked through the latest research to find science-based strategies to help you seem like a better and more cooperative employee and, in turn, make your boss happier.

If you want to persuade or impress someone in the office, you could try wearing a powerful shade of red. The colour makes others view you as someone who’s “focused, committed, and trustworthy.”

If you want to impress your boss, get to the office early.

Although studies show that night owls tend to be smarter and more creative than morning types, those who wake up early have better job performance, greater career success, and higher wages.

People who wake up early are typically also happier, healthier, and have higher satisfaction compared to their friends who prefer the night life.

Being happier also means that you’ll be more productive at your job and easier to work with.

If you want to impress your superiors, you need to show that you have leadership potential.

What does this mean? Having “executive presence” comes down to exuding confidence, calmness under pressure, and decisiveness. Executive presence also counts for 26% of what it takes to get that promotion.

If you want to impress your boss with your negotiating skills, do it through a virtual medium. Face-to-face interactions won’t benefit you, since you’re not the more powerful person in the situation.

Basically, the more powerful you are, the more you’ll get out of in-person meetings. This could also possibly be the reason why some employees won’t speak up in meetings with their bosses or why brainstorming sessions result in a list full of ideas from only the leader.

Make them think your idea was theirs all along

Want to wow your boss with your ideas? Get them to believe it was theirs all along, this way, your boss will have you work on ideas that you believe in because the ideas were yours to begin with.

“The brain doesn’t always clearly differentiate between something real and something imagined. Our imagination and our perception of the real world are closely linked since both functions engage similar neural circuitry. Numerous scientific studies confirm that visualization and mental imagery enhances actual physical performance, demonstrating the very real benefits of mental rehearsal. If you can get someone to imagine something vividly enough, you are well on your way to making the suggestion real.”

“When you imagine something it transforms the message from a universal one to a uniquely personal concept, and not an attempt at external manipulation.”

If you can convince someone that an idea is related to them on a personal level, they will have an even greater commitment to that idea.

Think twice before helping someone else at work

When you help someone else, you may feel good about yourself, but a study found that it doesn’t actually help your work performance. In fact, the study said that “participants who requested help with a task performed better, while those who supplied assistance did worse.”

Why? Most likely because you’re interrupted while doing your own work. If this happens frequently enough, you’ll end up suffering from “cognitive load.”

Yes, you might be building connections with your co-workers as you show them the ropes, but it’s important to make sure you’re on top of your own duties.

“If you smile enough, your body eventually thinks that work isn’t so bad,” and you’ll become a more pleasant person to be around.

Kinsey Goman said that this is the fundamental idea of faking it until you make it, since you are tricking your body into thinking that the task isn’t difficult.

Have sex at least four times a week

Impress your boss by being a happy, calm person – no matter what. How do you do this? One strategy is to have sex at least four times per week.

According to a paper titled “The Effect of Sexual Activity on Wages” published by the Institute for the Study of Labor in Bonn, Germany, having sex regularly each week may result in higher self-esteem, confidence, and overall happiness, which in turn makes employees more amiable, productive, and creative.

Sex is the “barometer for health, quality of life, well-being, and happiness” the study said.

The study found that sex can be an important factor in how satisfied someone is in their personal life, and satisfaction in that area can affect work as well.

Make your boss weakness your strength

Study your boss skill set and excel in the areas he doesn’t. Does he hate public speaking? Offer to run the morning meeting. Is he bad with numbers? Manage the spreadsheets. When you ace a task that’s not his strong suit, he’ll look to you as someone he needs and you’ll create a forum where you can easily shine.

Don’t be afraid to disagree

Contrary to popular belief, bosses don’t want to be told they’re right all the time. So if everyone is agreeing on a concept in a meeting but you have a gut feeling it’s not a smart decision, speak up. It takes confidence, but if you sometimes buck the system, you’ll be respected for it.

Be honest about your expertise

If a task is beyond your level of experience, say so. Bosses just want their needs met, so if you can’t do something, don’t pretend you can; it’ll only cause problems down the road.