How far will technology go? 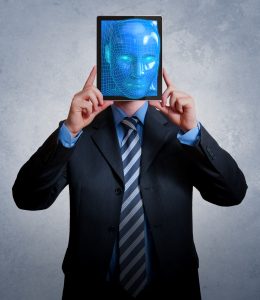 Singularity is near. The natural progression of human evolution with a just little twist— technology. In other words, super intelligence will soon become a part of our daily lives and man will be merged with machine. Sure it sounds wild, but just think about what we have been able to achieve over the past 50 years alone.

Just look how addictive consumer behavior is for a new Apple product. Sure you can cop the latest iPhone or Mac, but the newer and improved version will always be released in the next couple of months. Similarly, all technology will keep replacing itself at a faster and faster rate until it all becomes a blur. Everything is becoming more efficient and compact and we can expect to see this trend continue until it isn’t even tangible.

Is it that crazy to assume that technological advances will not only continue, but grow and flourish exponentially over the next 50 years? Have you even stopped to think how crazy Google Glass actually is? Or even self-driving cars?

We are at the forefront of the tech revolution. And we need not look further than Dr. Raymond Kurzweil, who is leading the way. His insights into what will happen to us over the course of the next half century are humbling to say the least.

The LCROSS probe discovered the equivalent of a dozen 2-gallon buckets of water in the form of ice, in a crater at the lunar south pole. Scientists figure there’s more where that came from.

“The presence of significant quantities of ice on the lunar surface catapults the moon from an interesting waypoint to a critical launching pad for humanity’s exploration of the cosmos,” said Peter Diamandis, CEO and chairman of the X Prize Foundation, which is running a $30 million contest for private moon rovers. “We’re entering a new era of lunar exploration? ‘Moon 2.0,’ in which an international group of companies and governments will use the ice and other unique resources of the moon to help us expand the sphere of human influence, and to help us monitor and protect the Earth.”

Think Exponentially — As a result of technology in 50 years being 1MX more powerful than the technology we use today, there will be a billion fold increase of high performance in computing. We will be able to reverse engineer the human brain, which means combining yourself with machine and finally becoming the perfect you.

Eat all you want without getting fat

Do you have trouble sticking to a diet? Have patience. Within 10 years, Dr. Kurzweil explained, there will be a drug that lets you eat whatever you want without gaining weight. He said our ability to manipulate genes holds massive promise and pointed to scientists already having re-engineered a gene that controls obesity in rats. These genetically modified rats were then able to eat and eat and never gain weight.

“That’s just one of the 23,000 genes we’d like to go about changing,” he said. Kurzweil referred to the human gene as software and said “We’re walking around with out-dated software in our bodies.” There’s no question that breakthroughs in genetic engineering will help us treat or eliminate a whole range of diseases.

The revolution of the computer brings us the quantum computer, which has been making progress and is estimated to hit the market in about 10 to 15 years. There are still some issues with keeping the system isolated, which are necessary for a quantum computer, but we’re getting there. Also, keep in mind that a quantum computer could factor a large digit number in minutes to hours versus what could take regular computers months to years.

With the advent of the quantum computer, new security measures will have to be taken on computers since these things can crack a password in almost no time at all. Codes for missile launches would have to continuously change. This thing has some sinister implications for national security, but has many benefits. Computing power continues to increase and in very short duration.

With technology allowing for smaller and smaller surveillance devices from Drones the size of fireflies and security cameras accessible through mobile devices. The more eyes there are on us, the less we’re going to be able to get away with.

Store all memories and knowledge in your hard drive

Memories last a lifetime, but with devices like Google Glass, pictures are no longer the only things that can immortalize you. Storage drives will accompany you for the rest of your life, which will allow you to run the highlight reel anytime you desire.

Install computers into your blood stream

With computerized devices already small enough to fit inside of our bodies that battle Parkinson’s diseases, technology will soon be inside of our blood stream. Technology is shrinking at an exponential rate, which is measured at about 100 in 3D volume per decade. At that rate, we will be able to introduce blood cell-sized devices that are robotic and have computers that can communicate wirelessly by the 2030s.

Get your complete genetic code to get custom-made medicine

Get your complete genetic code analyzed, so that the doctors can give you custom-made medications for what ails you (or what might have ailed you without the drugs). That growing database could lead to the development of new drugs — for example, vaccines that mimic natural immunity to Lassa fever, or malaria or AIDS. And many dream of a day when doctors will analyze your own personal genome, identifying tailor-made therapies or risk factors you will have to watch out for.

“I and many other scientists now believe that in around 20 years we will have the means to reprogram our bodies’ stone-age software so nanotechnology will let us live forever,” wrote Kurzweil.

If Kurzweil is right, nanobots will improve human physiology in just about every way. His hypothesis states that technology will make us all athletes and geniuses. Not only will we live forever, but we will also live much better lives.

Stem cell research has made some great progress and there could be a way to even decrease cell deterioration so that we can extend our life-spans. Stem cells are a great prospect for the foreseeable future and will make transplants obsolete as well as many other benefits. Expect a cure for cancer.