Taking a break can improve your productivity 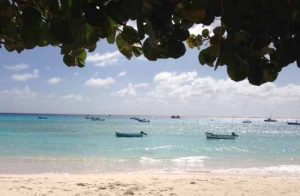 A recent survey indicated that the average American accrues 18 vacation days and uses only 16. The average French worker takes more than twice the vacation time. To some, this statistic encapsulates the difference between American and European workers. Americans are productive. Europeans are lazy.  In fact, it might say the opposite.

Europeans understand that breaks improve workplace efficiency. We mistakenly believe that more hours will always increase output, while ignoring the clear evidence: The secret to being an effective worker is not working too hard.

In 1999, a Wall Street insurance company called New Century Global wanted to improve efficiency. They tapped an unlikely source for help: The Cornell University Ergonomics Research Laboratory. Most people consider «ergonomics» synonymous with groovy chair designs. But the official definition is the study of people’s efficiency in the workplace. Cornell’s lab is one of the most famous research centre for studying hardware and software for office productivity. It conducted a 10-week study at New Century Global with a computer program that reminded workers to keep good posture and take short breaks.

Their findings: «Workers receiving the alerts were 13 percent more accurate on average in their work than co-workers who were not reminded.»

Fifteen years later, we don’t need computer software to remind us not to work. The Internet does that just fine, thanks. One study found that «Internet misuse» costs U.S. companies more than $178 billion annually in lost productivity. Another puts Web-related losses at $5,000 per employee per year. Yet another found a small company could be losing 15 percent of its profits due to email and social media abuse.

But some researchers are saying hogwash to all that. The National University of Singapore found that «those who spent less than 20 percent of their time perusing the Internet’s silly offerings were 9 percent more productive than those who resist going online.

Who might have guessed that kitty videos and cake blogs would make us more productive? Henry Ford, probably. In the mid-1920s, the auto giant reduced his factories’ workweek from six days to five, and 48 hours to 40, after discovering that productivity returns diminished steadily after his workers toiled eight hours a day, five days a week.

«We know from our experience in changing from six to five days and back again that we can get at least as great production in five days as we can in six,» Ford said. «Just as the eight hour day opened our way to prosperity, so the five day week will open our way to a still greater prosperity.»

Ford’s insight is part of a long tradition of productivity-obsessed Americans. In a widely shared PowerPoint on productivity and the limited (or negative) value of working overtime, Daniel Cook of Lost Garden explained that Ford’s insight is as true today as ever. Numerous studies have shown that productivity turns sharply negative as we move beyond 40 hour weeks.

Maximising productivity is another way of asking the team to squeeze water from a stone. The stone consists of the hard resource and time constraints the team operates under. Naturally, the cost of failure to pull off a productivity miracle is couched in terms that most people wish to avoid.

The more we learn about human attention, the more limited it seems. Overtime binges lead to bursts of output that exert a hangover effect in later days. Study after study indicates that short bursts of attention punctuated with equally deliberate breaks are the surest way to harness our full capacity to be productive. Literature on teacher research at universities – a notoriously gruelling enterprise – showed that faculty are more productive when they work in brief stints rather than all-consuming marathon sessions. Another study published found that short breaks allow people to maintain their focus on a task without the loss of quality that normally occurs over time.

In this age of David Allen’s Getting Things Done and software like Evernote, the business of optimising our own productivity has never been more fecund. But nothing in the research suggests that life hackers are hacks. Science tells us we have a limited reservoir of attention to dedicate to a single task. The GTD crowd teaches us to maximise it.

It’s typical for families to celebrate the month of August by shutting down the computer and skipping town. From a raw numbers perspective, this counts as lost work. But that’s a short-sighted view, psychologists now say. In fact, by serving as the least productive month for millions of workers, August unexpectedly serves as a productivity-booster.

Just as small breaks improve concentration, long breaks replenish job performance. Vacation deprivation increases mistakes and resentment at co-workers. «The impact that taking a vacation has on one’s mental health is profound,» said Francine Lederer, a clinical psychologist in Los Angeles. «Most people have better life perspective and are more motivated to achieve their goals after a vacation, even if it is a 24-hour time-out.»

The bottom line is that breaks are better for our brains than overtime. Where you get your break – from an hour on blogs, a day in the park, or a week golfing – doesn’t matter so much as that you get it. If you care about your own productivity, don’t be afraid to goof off online. And if you care about decision making at the national level, go work on your golf game.